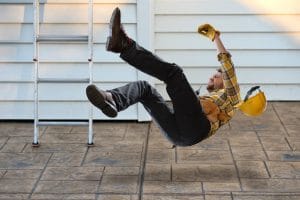 Data collected and published by Morbidity and Mortality Weekly Report found that in the ten year period from 2007 and 2017, the number of diagnosed musculoskeletal disorders increased. The research was based on data collected from Ohio construction worker injury claims. The study also found that costs for these injuries peaked in injured workers between the ages of 55 and 64 years old.

The findings were shocking to some and not surprising for others. The workforce is getting older and with that, employers need to be aware of age specific concerns. This is especially important in physically demanding jobs like construction. Age also brings with it additional costs and recovery time for injuries that may have been easier to handle ten years prior.

As the body ages, it also becomes more sensitive to injuries leading to longer recovery times. The National Institute for Occupational Safety and Health (OSHA) is hopeful that this new information will encourage companies to implement new policies and processes in the workplace. Having better ergonomics in the workplace can prevent injuries also having certain workplace accommodations can promote better post-injury recovery.

In contrast to other age groups, those found in the 45 to 54 age group and 55 to 64 age groups were found to have more costly claims related to musculoskeletal disorders. Workers who experienced a work-related musculoskeletal disorder had more severe injuries the older they were. This means that a similar injury in someone who is between 25 to 34 would be less severe than if it occurred in someone between the ages of 45 to 54.

This also means that the costs associated with these injuries was highest among these age groups. It is estimated that injuries amounted to $25,572 and $25,932. One thing to keep in mind, however, is that as construction workers age they also begin to leave the industry. This is due to the field being physically demanding. After a certain age, the work may no longer be able to be completed and thus it is time to leave the industry. Keeping this in mind, researchers are conducting more studies to determine how this relates to workers compensation claims and workplace injuries in general.

Ohio was specifically chosen as the target group for data collection because it is one of the most populous states that has a state-run workers’ compensation system. This means there was a plethora of information for researchers to study and make conclusions on. Researchers focused on claims that required 8 or more days off of work.

The team also analyzed medical only claims which are claims that required less than seven days off of work. Researchers found that OHBWC accepted 10,347 construction workers claims that were a direct result of musculoskeletal disorders. These injuries and disorders were directly linked to overextension at work.

The construction industry is always in high demand as people are constantly buying and renting homes and businesses are popping up on every corner. This career choice is very physically demanding and can often require employees to work odd hours at times. The majority of this work is also done outdoors, leaving workers vulnerable to environmental elements. Working in extreme cold or heat can cause overexertion.

With the physical demand construction work requires, the body goes well beyond its boundaries on a daily basis. Construction can be fast paced and carrying heavy materials and equipment back and forth can wear the body down over time. The longer you are in the industry, the more trauma your body will face. Some of the more common injuries include strains, sprains, and tears of the:

Construction workers may not even realize they are pushing their body beyond its limit. Other times, construction site supervisors may be worried about deadlines and intentionally push employees until they break. No matter the reason, there should be procedures in place to prevent injuries and overextension in construction workers. If you have been injured on a construction site it is imperative to seek medical and legal advice.

Can you claim workers’ compensation for overexertion?

Yes, you can. When you are hurt in the course of your job duties, you can file a claim for workers’ compensation. If you are a contractor, you would need to file a personal injury claim to seek damages for your injuries.

Construction workers are not the only people in the United States that are injured at work each day. Any workplace can and does have the risk of having a workplace injury occur. Even when safety protocols are followed, injuries can still occur. It can be due to faulty equipment or the reckless actions of another party. If you have been involved in a workplace accident, it is important to seek medical attention and then contact our offices. Wagner & Wagner Attorneys at Law knows how much a workplace injury can derail your life. Call 423-756-7923 or complete the contact form to schedule a free consultation with an injury lawyers in our Chattanooga office. We serve clients in Cleveland, North Georgia, and the surrounding areas.