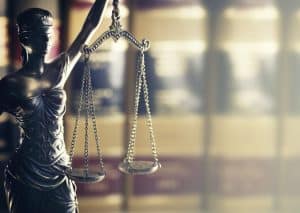 In 2011, Governor Bill Haslam signed the Tennessee Civil Justice Act into law, thereby limiting the amount of punitive damages a plaintiff can be awarded in a settlement or trial. He claimed, at the time, that “This tort reform legislation will help us attract and retain jobs by offering businesses more predictability and a way to quantify risk.”

In reality, all that law did – indeed, all tort reform measures ever do – is inflict further harm on the victims. That is why the December 21, 2018 decision by the 6th U.S. Circuit Court of Appeals, which stated that punitive damage caps are unconstitutional, is such a decisive victory for the people of Tennessee.

What led to the ruling that punitive damage caps are unconstitutional?

The 2-1 ruling harkened back to an insurance dispute from 2013. In the original lawsuit, Tamarin Lindenberg alleged “that Jackson National Life Insurance Company had breached its contract to pay out a life insurance policy to [her] for the death of her ex-husband.” A federal court sided with Ms. Lindenberg, and a jury awarded her $3 million in punitive damages. Because of the Tennessee statute, that award was reduced to $700,000.

Then, “Jackson National appealed the jury verdict to the Sixth Circuit, while Lindenberg filed a cross-appeal challenging Tennessee’s statutory cap on punitive damages,” per Courthouse News.

“On cross-appeal, plaintiff argues that the statutory punitive damages cap, T.C.A. § 29-39-104 … violates two provisions of the Tennessee Constitution: the individual right to a jury trial and the doctrine of separation of powers….

Upon our assessment of Tennessee law, we find that the punitive damages bar set forth in § 29-39-104 violates the individual right to a trial by jury set forth in the Tennessee Constitution.

Our review of historical evidence from Tennessee… demonstrates that punitive damages awards were a part of the right to trial by jury at the time the Tennessee Constitution was adopted.”

You can read the decision in full here.

The future of damages in Tennessee

The one voice of dissent, Judge Joan Larsen, took issue with the fact that the 6th Circuit took up this case at all. In her dissent, she wrote “while the majority’s speculation about the meaning of a state statute results in the invalidation of state law on an equally speculative construction of the state constitution, there is no question the Tennessee Supreme Court ‘stand[s] willing to address’ these novel issues.”

We don’t know how the Tennessee Supreme Court may rule down the road if this issue is litigated in Tennessee State Courts. The 6th Circuit’s ruling appears to be the law when it comes to punitive damage caps in Federal Court in Tennessee.

This decision also suggests something more important: it may set a precedent that damage caps in any form are unconstitutional.

Right now, Tennessee caps non-economic damages at $750,000, “for all injuries and occurrences that were or could have been asserted, regardless of whether the action is based on a single act or omission or a series of acts or omissions that allegedly caused the injuries or death.” (TN Code § 29-39-102) Catastrophic injuries, such as amputation of multiple hands and/or feet, paralysis, 3rd degree burns and wrongful death of a parent (with a minor child) have damages capped at $1 million.

Now that the Court has ruled that punitive damages were a part of the jury trial process when the Tennessee Constitution was written, plaintiffs’ attorneys can make a sound argument that other damages were, too. As such, this ruling by the 6th Circuit could, conceivably, put an end to the unfair, harmful system of tort reform in this state, once and for all.

We applaud this ruling out of the 6th Circuit. At Wagner & Wagner Attorneys at Law, we have always fought for the best possible outcomes for our clients. It is what has made us Chattanooga’s trusted injury firm for the last 74 years. If you were injured by another person or entity’s negligence, let us help you get results. Please call 423-756-7923, or fill out our contact form. We proudly serve clients in Chattanooga, Cleveland, North Georgia, and all surrounding areas.