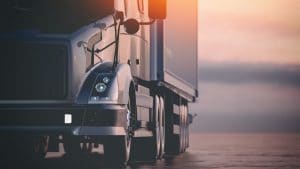 We see the reports on the news almost nightly; another truck accident that shuts down a major highway in Tennessee or elsewhere throughout the country. Many truck accidents lead to fatalities or serious injuries. Not all of these accidents are due to truck driver error or negligence. Instead, the accidents are often caused by bad tries, an overloaded truck, inclement weather, and other problems.

This list might not look like it should be problematic, but if something in the electrical system of a truck fails while it is being operated, the driver could lose control of the truck and cause a crash. At the same time, an electrical system failure could cause the truck’s engine to catch fire. If the driver cannot stop the truck and exit the cab in time, he or she could suffer severe burns and even suffocation due to smoke inhalation.

A defective fuel system in a truck can easily lead to a serious vehicle fire, compromising the truck driver, a passenger, and surrounding vehicles. A defective fuel system can be caused by a break in the fuel line, a missing part, or a malfunctioning cap. When there is a defect in a truck’s fuel system the gasoline can move throughout the vehicle and cause a fire. Truck fires often lead to explosions, especially if the truck is hauling fuel and can cause severe burn injuries and even death.

Victims of truck accidents in Tennessee can suffer a series of injuries that cost thousands of dollars to treat. These injuries can include any of the following:

Victims of truck accidents should immediately dial 911 for emergency medical care and to file a police report. If you haven’t been seriously injured it is in your best interest to take pictures of the accident scene, the vehicles involved, your injuries, and any other evidence available. Speak to witnesses about the accident and ask them to provide a statement to the police.

Were you injured in a truck accident due to defective electrical or fuel systems? If so, it’s time to consult an experienced Chattanooga personal injury attorney about your case. Call the office of Wagner & Wagner, Attorneys at Law at 423-756-7923, or complete a contact form online to schedule a free consultation today. Our firm serves clients in the Chattanooga and Cleveland, TN, North Georgia, and the surrounding areas.