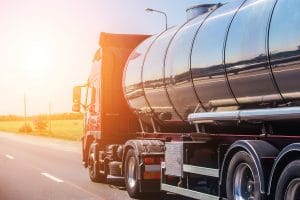 The trucking industry is vital to the health of the economy in Tennessee and beyond, but it is also dangerous. Truck drivers take their lives in their hands each time they get behind the wheel of their rig, especially if they are hauling fuel, chemicals, or explosives. The risk of an explosion or serious fire is exponentially higher during the fire season in Tennessee.

For example, in the middle of May, there was a serious truck fire near downtown Chattanooga that involved a tractor-trailer hauling explosives. The accident occurred on I-24 and shut the highway for at least three hours. There were no injuries reported, not even to the driver of the truck, and investigators are still working to determine a cause of the fire.

The risks of fire season

Fire season in Tennessee runs from February 15 to May 15 and again from October 15 to December 15. Despite these finite dates, wildfires still occur anytime throughout the year. This means that in the warmer months, the risk of fire is greater than in the middle of the winter. If there hasn’t been much rain of late, the risk of fire becomes even more serious. Truck accidents involving fuel, explosives, and chemicals during fire season make for a bad combination.

Fuel, chemicals, and explosives have to get from one location to the other in Tennessee and across the country. Most of the time, these items are transported using tractor-trailers or tankers. When hauling explosives, these items are subject to regulations set forth by the ATF and regulated by DOT.

Some of the dangers associated with hauling chemicals or fuel include the following:

A truck accident that occurs during the fire season can have serious ramifications. If the truck was hauling fuel, chemicals, or explosives, firefighters might have difficulty containing the fire. Fire doubles in size every 30 seconds, which means a truck fire on the side of the road can quickly engulf brush, trees, and property in a matter of minutes if not brought under control. It’s not out of the realm of possibility for a truck fire to turn into a brush or wildfire.

Truck accidents can lead to major damage and serious injuries, even death. Victims of truck accidents are well within their rights to seek compensation for their injuries. Call the office of Wagner & Wagner, Attorneys at Law in Chattanooga at 423-756-7923, or complete a contact form on our website to schedule a free consultation today. We serve clients in Chattanooga and Cleveland, TN, in North Georgia, and in the surrounding areas.