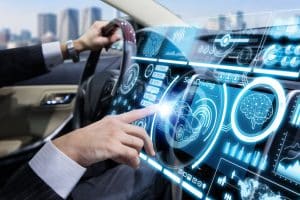 Every year it seems like there’s new automated technology created for cars in order to help prevent accidents. Automatic Emergency Braking (AEB) systems are now required in all new cars, and they do cut down on rear-end crashes by a significant amount, but AEB is not infallible. Researchers have found the AEB system will not prevent crashes under certain conditions.

This data means that drivers still need to be vigilant while driving, and that we cannot always rely on AEB or other automatic features to kick in when we think they ought to. In order to avoid as many accidents and crashes as we can, we need to always be aware and alert as we drive. There are simply too many variables and unknowns concerning not just new technology being introduced, but also the situations one can encounter on the road.

Why should we be careful of driver assistance technology?

There are many types of driver assistance technologies these days, including AEBs of varying types, backup cameras, blind spot intervention, adaptive cruise control, and lane centering assistance. While these all can help us to avoid crashes, they are not without their own weaknesses.

We can see here that sometimes the AEB system reduced impact speed despite being unable to avoid the accident completely. In other instances, the AEB didn’t even attempt to stop the accident, apparently not detecting any incoming cars at intersections.

AAA’s director of automotive engineering and industry relations was surprised, stating, “We expected the systems to not perform well in intersections but were surprised that we didn’t receive a single alert from any of the vehicles in the intersection scenarios.” He went on, commenting, “The capability and sensors are there but need to be tuned for these high risk and complex situations.”

Are there accidents driver assistance technology might not prevent?

While driver assistance technology can be helpful, it should not be the only thing you depend on to avoid being involved in car accidents. These systems are known for being less reliable at high speeds, and seemingly useless at intersections.

Some common accidents that can occur that driver assistance technologies may not be able to prevent include:

These accidents can leave you severely injured, requiring weeks or months of healing, and tens of thousands of dollars in treatments and hospital visits. Some of these injuries may lead to further complications, and some may end up affecting you for the rest of your life. You shouldn’t have to pay for these damages and injuries if they were caused by someone else’s negligence.

While driver assistance technology such as Automatic Emergency Braking can often make our lives easier, and can even lessen injuries sustained in a crash, or avoid a crash altogether, these technologies still have a long way to go before they’re perfect. The more we rely on them now, however, the more we may find ourselves injured in an accident.

If you have been hurt in a collision that wasn’t your fault, call Wagner & Wagner Attorneys at Law. Our expert car accident lawyers will ensure that you receive the compensation you deserve. To schedule an appointment, call us at 423-756-7923, or complete our contact form today. We proudly serve injured clients in Chattanooga and Cleveland, TN and throughout North Georgia.