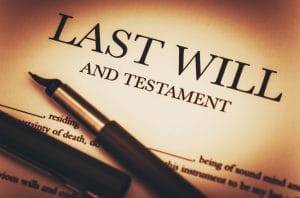 Experienced estate planning attorneys help you choose and create the correct documents. Wills are generally used to appoint the executor of your estate, choose the guardians for any minor children, and dictate which people and organizations will receive your assets when you’re gone. Effective estate planning helps minimize the need for probate and the amount of taxes that may be due. Experienced will-drafting lawyers also help prepare documents that avoid the risk of contests by disgruntled heirs.

Once you prepare and sign your will, changes may be required. Some changes may be due to necessity such as the birth of a new child. Other changes may be because you change your mind about some of the will decisions you originally made. There are two ways to change your will. The first is to prepare a codicil which is essentially an amendment to your will. The second is to prepare an entirely new will and destroy the old will. As a general rule, a codicil is used for minor changes while a new will is used for major changes.

Reasons to consider a codicil

According to Retirement Watch, there are a few reasons why it’s better to amend a will with a codicil, instead of completely revising the will:

Reasons to consider revising will entirely

In some cases, a codicil can create confusion or problems, which can lead to an increased chance of a will contest and probate litigation. Revising your will may be better than amending it because the will helps address all the estate planning issues you have. Both cases are reasons to revise your will over adding a codicil. Other reasons include:

Thinking about a new will means you think through all your desires and needs. As a general rule, if you make a will, you should review it on a yearly basis.

If you acquired new wealth such as an inheritance from a parent or lost wealth for any reason, a new will is generally the wiser choice than a codicil.

At Wagner & Wagner Attorneys at Law, our lawyers represent heirs and others in will contests. We challenge or defend the validity of the will and the validity of a codicil. We guide the executors and personal representatives through the probate administration process. To discuss your will, codicil, and probate rights, call us at 423-756-7923 or use our contact form to schedule an appointment. We represent clients in Chattanooga and Cleveland, TN, and the neighboring locations.