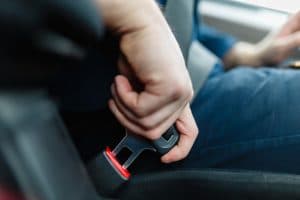 In a recent report out of Japan, Joyson Safety Systems Japan (JSSJ) discovered that falsified data was used to secure safety clearance for its seatbelts. The data involved seatbelts manufactured by the company, which took over Takata in 2018. As many as nine million seatbelts that were distributed to Japanese automakers could be impacted by the falsified data. Japan’s transport ministry confirmed in earl October that the data had been falsified.

Per the Claims Journal, the data was falsified in order to pass the safety standards imposed by the International Automotive Task Force (IATF), a European certification agency. JSSJ dominates more than 30 percent of the seatbelt manufacturing market in Japan and a product recall of seatbelts could impact more than two million vehicles in the country.

The impact of seatbelt recalls globally could be problematic for JSSJ, even though the company continues to claim that the issues stemmed from back when Takata was running things. JSSJ insists that the falsification of seatbelt information occurred between 2000 and 2010. Vehicle manufacturers that could be impacted include the following:

Filing a product liability lawsuit after being injured in an accident can help you recover compensation for your injuries. It is possible that you can hold multiple entities responsible for a defective product, including the part manufacturer, the distributor, the vehicle manufacturer, the marketing company, and many others.

You have options when filing a product liability lawsuit: you can file individually with the help of an attorney, or you can join a class-action lawsuit. Because of the potential scope of this issues, a class-action lawsuit may be more advisable, as they do not always require members to have suffered an injury in order to be compensated. It is something you can discuss when you contact our Chattanooga injury lawyers about your case.

A defective seat belt can lead to devastating or deadly injuries. If you or a loved one has been involved in an accident and the seatbelts failed, the product liability team at Wagner & Wagner, Attorneys at Law, can review your case. Call us today at 423-756-7923 or complete a contact form to schedule a consultation. Our team provides legal services to clients located in Chattanooga and Cleveland, TN, in North Georgia, and throughout the surrounding region.