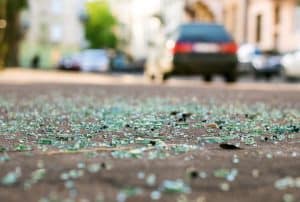 Car accidents are scary enough when they occur on their own, but when you find out that the car crash that injured you was staged for insurance fraud, it can be difficult to contain your outrage. Insurance fraud of all types costs everyone hundreds of dollars each year in higher premiums. The Federal Bureau of Investigations (FBI) reports that the total cost of insurance fraud (non-health insurance) is estimated to be more than $40 billion each year, which costs the average American family between $400 and $700 every year in the form of increased premiums.

In Tennessee and Georgia, insurance fraud is classified as a crime. Both states have an insurance fraud bureau and Tennessee required insurance companies to develop programs for fighting fraud and establish investigation units to identify patterns of fraud.

What are some examples of insurance fraud scams?

The following are examples of some of the more well-known car insurance fraud schemes:

The Los Angeles Times describes how two bad guys in separate cars will pull into a lane in front of the victim while a third driver will pull up into the lane next to the victim. The first driver then slams on the brakes causing the second driver to slam on his brakes as the third driver pulls in close to the victim to cut off his escape and forcing the victim to slam into the rear-end of the second car. The first car, which initiated the whole scene speeds away leaving the driver of the third car as a witness. The victim has no idea that the other three drivers are working together. The Times reports that “swoop and squat” scams in the LA area also involve the collusion of auto repair shops, doctors, chiropractors and lawyers.

The Coalition Against Insurance Fraud includes descriptions and diagrams of well-known car crash scams. The drive down occurs when you are trying to merge into traffic, and a dishonest driver slows down and waves you forward. He then crashes into your car, but denies that he waved you into traffic and blames the accident on you.

If you are driving in the inner lane of a dual left-turn lane in a busy intersection, a scammer may deliberately ram into you if you begin to drift into the outer lane while making the turn.

In this scam, a stranger may approach you at the accident site or soon after the crash proposing medical care at a specific clinic, auto repairs at a specific body shop or help from a specific law firm. This could be a setup for a bogus claim.

If you become involved in a car crash that feels eerily like these or other known staged accident setups, the National Insurance Crime Bureau (NICB) recommends the following:

At Wagner & Wagner Attorneys at Law, our experienced Chattanooga car accident injury lawyers fight for your right to recover compensation when your injury was a result of the negligence of another driver. You are encouraged to call our office today at 423-756-7923 or complete our contact form to schedule a consultation. We serve clients in Chattanooga and Cleveland, TN, in North Georgia, and all the surrounding counties.