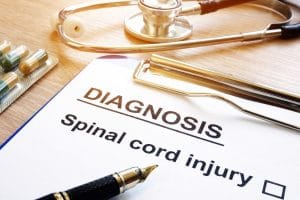 There is some good news in treating spinal cord injuries. Research scientists at the University of Washington have The findings were recently reported (combined with physical therapy) so that some victims regain mobility in their hands and arm. The mobility lasts for several months after the treatment ends. The mobility helps patients eat, dress, groom themselves, and feel better about life.

The stimulation used by the research teams doesn’t require surgery. Instead, the treatment “involves small patches that stick to a participant’s skin like a Band-Aid.” The patches then transmit electronic pulses.

The study involved six patients with chronic spinal cord injuries. Each of the patients had been injured more than a year and a half prior to their new treatment.

Some patients saw improvement with just training/therapy. All six improved when the treatments included stimulation.

The two patients who had no hand movement at the start began moving their hands during the stimulation periods. They could “produce a measurable force between their fingers and thumb.” Some patients improved in other ways too – such as “a more normal heart rate and better regulation of body temperature and bladder function.”

The study followed the patients for another six months. The researchers found that the improvements for the six patients lasted – even though they weren’t getting further stimulation.

The researchers said, “We think these stimulators bring the nerves that make your muscles contract very close to being active. They don’t actually cause the muscle to move, but they get it ready to move.”

The next stage in the research is “the design of an international multi-site clinical trial.”

Some personal injuries heal with time and quality treatments. Other injuries leave the accident victim with a permanent disability. Many victims lose different types of bodily functions. Advanced research is continually being used to help accident victims lead healthier lives

At Wagner & Wagner Attorneys at Law, our Chattanooga spinal cord injury lawyers have been fighting for injury victims for decades. We work with your doctors to fully understand your medical needs, your future medical costs, and the ways in which the injuries affect your daily life. If you or a loved one was injured in an accident, call us at 423-756-7923 or complete our contact form to schedule an appointment. We proudly represent injury clients in Chattanooga and Cleveland, TN, and in North Georgia and neighboring locations.

Wagner & Wagner was born and bred in Chattanooga. Established in 1945, we are the oldest plaintiffs’ law firm in town. Multiple generations of families have entrusted their legal matters to the care of our knowledgeable lawyers.  Learn More