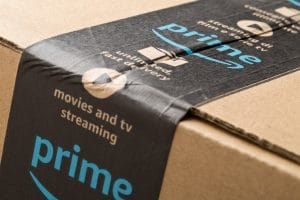 In 2015, online shopping giant Amazon launched a new offering called Amazon Flex. This program, similar in structure to rideshare gigs like Lyft and Uber, lets qualified individuals work as independent contractors and deliver Amazon packages to customers using their own trucks and vehicles.

While this business model means faster delivery for customers and a chance for drivers to earn extra income, a troublesome trend is emerging – Amazon delivery truck accidents. If you’re injured in an accident with an Amazon delivery driver, issues of liability can be complex, especially when large companies like Amazon work hard to deny liability and insurance providers resist providing compensation to victims of these accidents.

A September 2019 article from Propublica and The New York Times revealed that, since June 2015, independent Amazon delivery drivers have been involved in 60 accidents, with 10 fatalities – including a baby who was killed when a truck smashed into the back of the car in which she was a passenger. And, these numbers are likely underreported, as many accidents don’t involve lawsuits or police reports.

According to the article, “The company said that even one serious incident was too many, but would not disclose how many people had been killed or seriously injured by drivers shuttling Amazon packages from warehouses to customers’ homes — the final leg of the journey, which the company calls the last mile.”

Amazon Flex driver hopefuls must pass a criminal background check as well as meet various other requirements, including carrying the minimum amount of insurance necessary according to state law. Amazon also offers a Commercial Auto Insurance Policy for drivers, but it is only active when drivers are on the clock.

Let’s say you were injured in an accident with a delivery truck that wasn’t your fault. You likely have significant car damage and medical bills. However, with the Amazon Flex program, issues of liability and insurance coverage can get sticky. Here’s why.

Whether or not the driver was on the job at the time of the accident has an effect on whether their personal auto insurance policy will apply. “On the job” means if the driver was transporting or delivering packages for Amazon at the time of the accident. Many policies have ambiguous language regarding accidents while using their vehicle for compensation – and an insurer may refuse coverage.

If the driver was on the clock when the truck accident occurred, Amazon’s commercial policy may kick in. However, as with most insurance policies, companies are often loathe to pay out, hoping accident victims will either settle for a low amount or simply give up.

As the use of independent contractors becomes the business model for more and more companies, issues of liability after accidents become murky and even contentious. The earlier article mentions, “Amazon has been a named defendant in 45 lawsuits related to the crashes ProPublica examined. In some instances, plaintiffs or judges ultimately dropped Amazon from the suits; other cases led to confidential settlements, and it is unclear whether the payouts came from Amazon or its contractors. Still other claims are in the early stages.”

At Wagner & Wagner Attorneys at Law, our lawyers protect your rights after you’ve suffered injuries in a delivery truck accident. We’ll take on the big companies and fight to ensure you receive fair compensation for your losses. We serve clients in Chattanooga and Cleveland, TN, in North Georgia, and all surrounding counties. Call us today at 423-756-7923 or complete our contact form to schedule your free consultation.