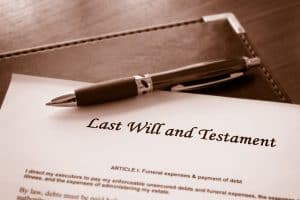 Many people with lots of money, and even some with just a little, have decided there are better things to do with their funds that leave it to their family members. Some decide that a will is a way to help charities, or to ensure the success of their businesses. Sometimes, they disinherit family because they feel their relatives already have enough money. Some people just don’t like their family, or love their pets more.

Ousted heirs who can hire the best lawyers often find that these wills are perfectly valid and that they’re just out of luck. Sometimes, however, the wills can be challenged for good cause.

Ms. Helmsley and her husband built a real estate empire in New York. Their fortune included some of the best-known hotels in New York City. When her husband died, she inherited his fortune as well. Her estate was estimated to be worth billions of dollars when she died. Most of the estate was left to a charitable trust. What made the famous Queen of Mean even more infamous was that she disinherited two of her grandchildren and, instead created a $12 million trust fund for her Maltese dog, Trouble. The $12 million was supposed to take care of the dog’s maintenance for the rest of his life.

In the Helmsley case, the will was valid and there was no other will. Nobody could claim that the dog Trouble could go to too much trouble to exert undue influence.

A New York court did find that Ms. Hemsley wasn’t mentally fit, and lacked testamentary capacity, when she made the will. They reduced the dog’s award to $2 million. They awarded $5 million to each of the disinherited grandchildren so each of the four children got the same amount. The court was comfortable with the decision for a practical reason: Dogs don’t live long lives compared to human. The court found that $2 million was all Trouble really needed to live a happy good dog’s life.

The Guardian reported on a number of other weird wills:

In Philadelphia, there’s a legendary story about the bequest of a director of the Walnut Street theater. The director left money to the theater provided that they honor his wish to conduct Hamlet in his preferred way. Whenever Hamlet holds up the skull during the famous scene with Horatio – “Alas, Poor Yorick, I knew him Horatio,” the Walnut Theater was supposed to use the deceased director’s skull. No word on whether the Walnut Theater ever honored that condition.

Anyone considering preparing a will or other legal documents should meet with an experienced wills and probate lawyer. With proper planning, many will contests can be avoided. Anyone who believes they didn’t get their rightful share should review with the Chattanooga estate litigation lawyers at Wagner & Wagner Attorneys at Law if there are grounds for contesting the will. Our lawyers represent clients in the administration of wills and in wills contests in Chattanooga, Cleveland, and throughout Tennessee. To make an appointment, please call us at 423-756-7923 or fill out our contact form.