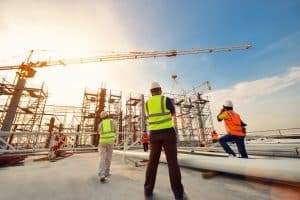 According to a July 2018 report in the Knoxville News, 87 workers died in construction-related accidents (according to OSHA data) in the first quarter of 2018. OSHA, the US Occupational Safety & Health Administration, is part of the US Depart of Labor. OSHA helps monitor and educate workers and employers regarding work safety. The Knoxville News story also referenced a report by TermLife2Go.com that construction, maintenance, and natural resource jobs are among the most fatal job categories in Tennessee.

In just a few reported examples, one worker was killed when he fell 20 feet onto a forklift while working at a body shop. Another worker died when he fell 10-12 feet through a ceiling while installing installation. A third worker fell off a roof while working for a roofing company.

OSHA stated through July 12, 2018, ten Tennessee construction workers have died. Five of the 10 workers were doing construction work in the Nashville region, one was working in Memphis, and three were working in the east Tennessee, Knoxville and Pigeon Forge region. The other two deaths were in other regions of the state. According to Bureau of Labor Statistics data, 122 workers died on the job in Tennessee in 2016. Nearly half of those deaths (56) involved construction, maintenance, and natural resources jobs.

The rate of Tennessee construction-related work deaths for 2016 was 15.8 per 100,000 full-time work jobs according to Edward Taylor, executive director of the “Construction Industry Research & Policy Center at the University of Tennessee’s Haslam College of Business.” The nationwide average is just 10 per 100,000 full-time workers. Tennessee employs about 3.1 million workers statewide.

The Knoxville News article speculates that part of the reason for the recent increase in Tennessee construction deaths is due to the housing-construction boom in Nashville. New workers are often unskilled and untrained which leads to more deaths. Communication difficulties among non-English speakers also may contribute to construction deaths. For these reasons, training is an important ingredient for creating a safer work environment.

Mr. Taylor emphasized that owners and contractors need to “be more involved in assuring safety for subcontractors.” They also need to change how they view safety – it should be an integral part of the project routine and not just an add-on.

Nationwide, work fatalities by age were as follows:

OSHA rules violations were a factor in many deaths nationwide. Many roofers fail to wear safety harnesses and many worksites fail to have guardrails and nets.

Families of workers who die have a right to file a workers’ compensation death claim on behalf of the deceased worker.

Workers who are injured in a workplace accident have the right to demand payment for medical bills and for a good portion of their weekly wages – without the need to prove fault. Families of workers who died on the job can also file for payment of any medical bills, funeral and burial expenses, and some lost wages due to the premature death of their loved one. For strong guidance, contact Wagner & Wagner Attorneys at Law. Our skilled lawyers serving Chattanooga and Cleveland, TN, North Georgia, and nearby locations have been helping injured employees since 1945. You can schedule an appointment by calling at 423-756-7923 or filling out our contact form.